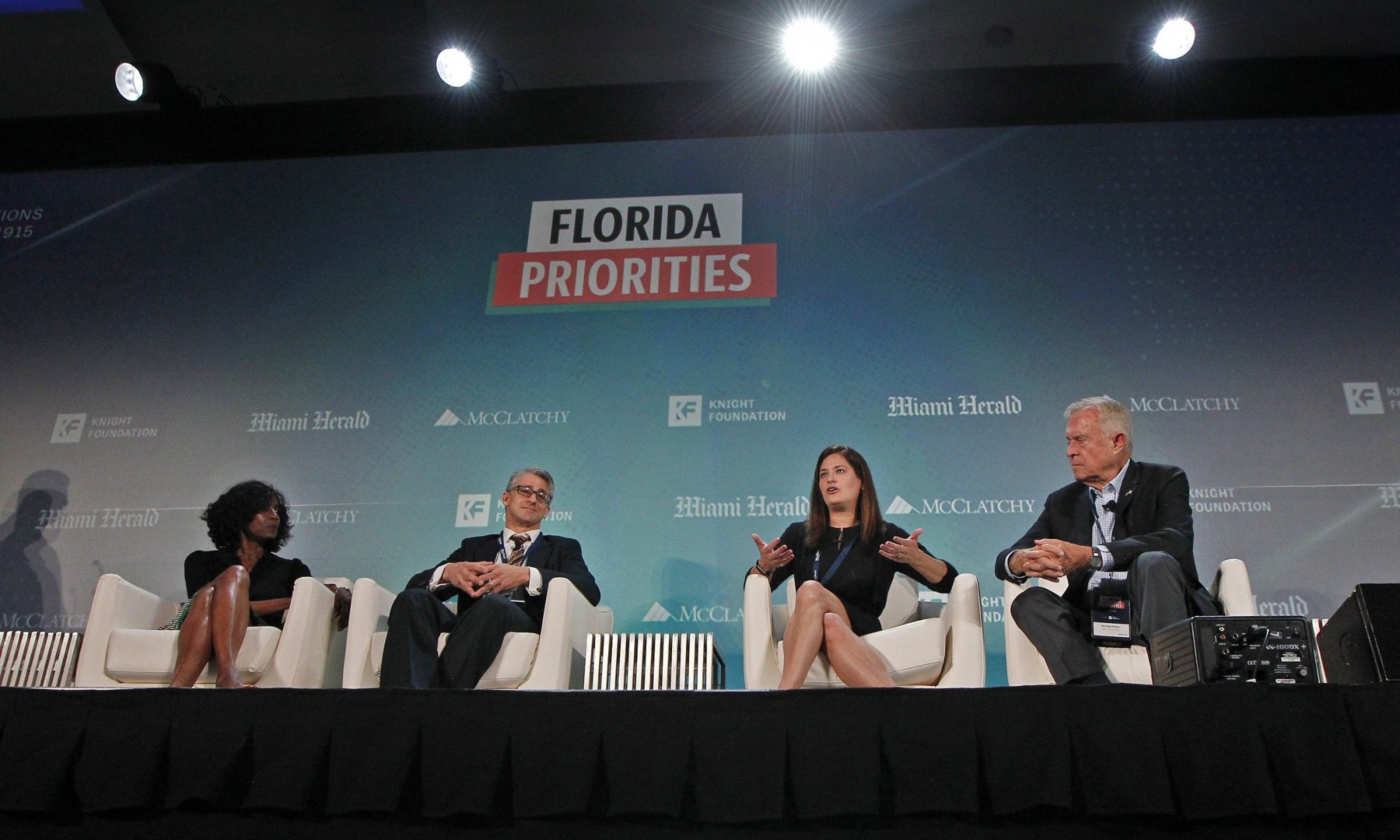 Editor-in-Chief of The Reporter—Miami Dade College

Though it’s been a week since midterm election day, the nation remains focused  on Florida’s results — and when all the votes will be counted.

The races for governor, U.S. senator and agricultural commissioner are all being decided by a recount, and lawyers for the Republican and Democratic party are challenging parts of the process.

For many, this brings back memories of the 2000 presidential election, when the close race between Al Gore and George W. Bush and the “hanging chads” from punchcard ballots caused a national uproar.

“The first thing I think of is the vitriol, divide and the attack on institutions, which we have been seeing especially towards the elections,” said Amy Driscoll, a Miami Herald editor who helped cover the 2000 recount.

The discussed took place as President Donald Trump’s raised questions of fraud in the Florida vote, and called on Senator Bill Nelson to admit defeat.

“When will Bill Nelson concede in Florida? The characters running Broward and Palm Beach voting will not be able to ‘find’ enough votes, too much spotlight on them now,” he said in a tweet on Tuesday.

Senator-elect and current Florida Gov. Rick Scott added that “Every Floridian should be concerned there may be rampant fraud happening in Palm Beach and Broward counties…and the Broward Supervisor of Elections Brenda Snipes has a history of acting in bad faith.”

While there hasn’t been evidence of fraud in recounts for Broward and Palm Beach Counties, there has been a litany of mishaps following election night.

Late starts, overheating machines and lawsuits have slowed the counties’ abilities to count the ballots with precision and accuracy.

“As I saw these demonstrations happening again [in Florida], I thought ‘Nothing ever changes,'” said Mark Seibel, an editor at BuzzFeed News.  “And [once again] it’s Republicans out protesting and I thought that was so unnecessary because one of the things we learned from reviewing the ballots is that they’re protesting something that may actually help you [Republicans].”

In an earlier discussion, Rachel Smolkin, the executive editor of CNN Politics, said that what’s at work in Florida is a fundamental issue of democracy.

“This is a repeat of the Bush vs. Gore scenario but in a time when things are really heated,” Smolkin said.

Smolkin added that Florida is a “conflicted state in a conflicted country” and that the media’s coverage of this year’s election has muddied the accuracy of the results, with races being called too prior to the recount being announced.

What Does This Year’s Election Mean For The Future Of Florida?

“Flip a coin and what’s most likely going to happen is that it will land on its edge due to razor-thin election margins,” Marc Caputo of Politico said in describing Florida’s 2020 elections.

According to Caputo, there has been a paradigm shift in voter behavior.

“White people are starting to vote like non-white people,” Caputo said. “There’s a coalescing of the white vote that heavily trends conservative and Republican.”

He said while there are more non-white voters in the electorate, they don’t turn out in as heavy percentages as white voters. “Sixty percent of voter rolls are non-Hispanic white, but about 68 percent of the turnout was white.”

Nationally, Florida has cemented itself as the state to monitor in future elections.

In another change, in this midterm election, national issues outweighed local issues, Smolkin said. “You saw that reflected in exit polls where so many people were placing a vote for President Trump or against him.”