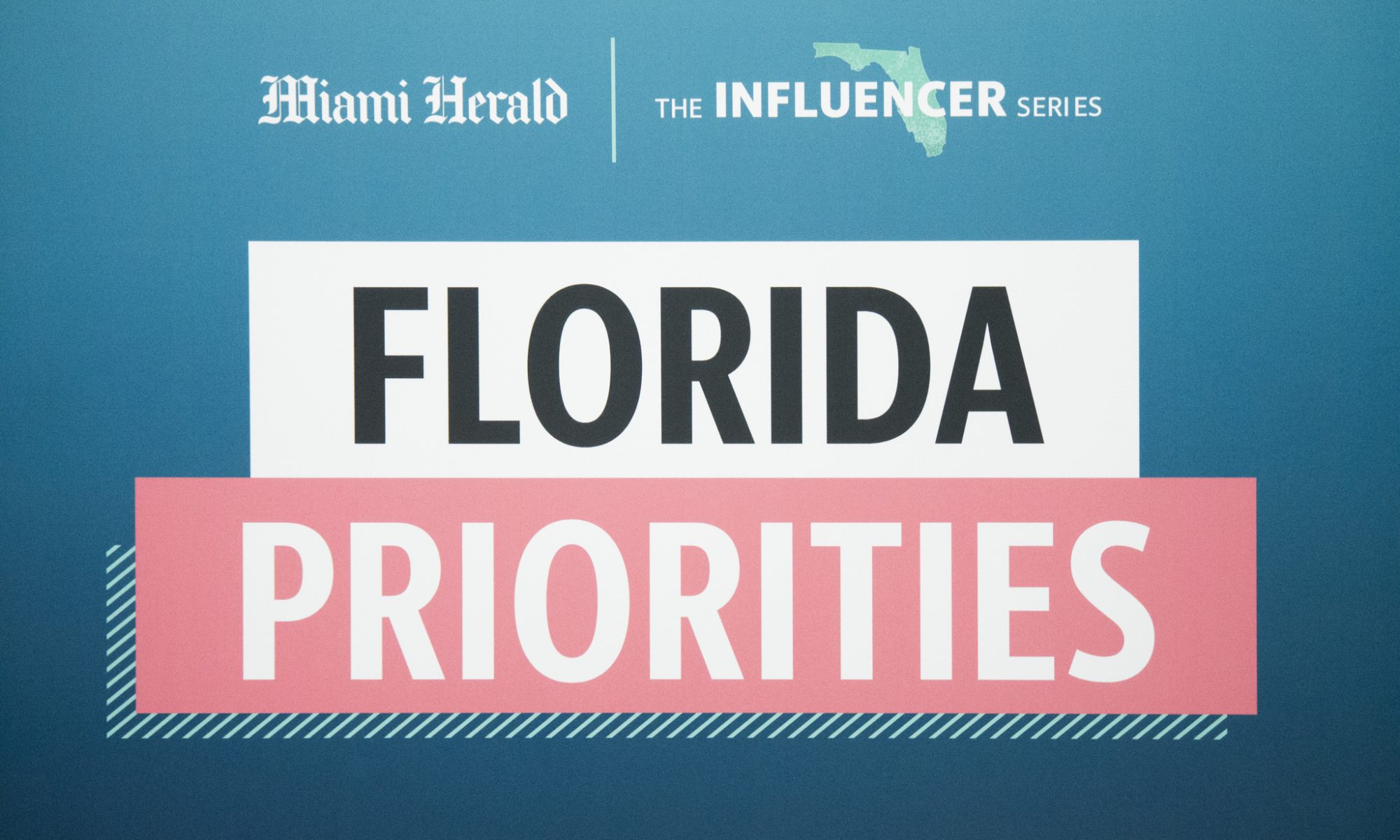 The recommendations, presented on day two of the Florida Priorities Summit as solutions to gun violence, seem simple enough. But for Mary Anne Franks, professor at the University of Miami School of Law, that’s just the problem.

“I think they’re definitely incomplete,” Franks said in an interview.

Franks, who participated in a roundtable discussion on guns the day before, has been researching gun violence for about six years—and acknowledged how difficult it can be to find common ground when it comes to the nitty-gritty of gun control.

Conversation chair Rhea Law—Florida Offices chair at the law firm Buchanan Ingersoll & Rooney—acknowledged as much while presenting her group’s findings.

“To say we had a robust conversation is really an understatement,”  said Law, who is based in Tampa.

“What happens with these groups is something really interesting—you obviously have to get consensus, and there’s concerns about pragmatism and strategy and all of that makes sense,” Franks said.

She acknowledged, too, that the recommendations “were definitely widely shared across the group, so that’s a great success.”

But Franks, whose niece is a survivor of the Feb. 18 Parkland shooting, wants more.

“For me, personally… I felt that it could’ve gone much further,” Franks said.

In her research, Franks said, she learned that gender was a much more worrisome predictor of gun violence—and that the vast majority of it (from suicides to mass shootings) is carried out by men.

“I think that no one yet, in a mainstream way, has actually addressed that head on,” Franks said. “We have a problem with violent masculinity, and if we don’t address that problem, the gun problem is only going to get worse.”

Franks also cited a 2017 NPR report, which found that 50 percent of mass shooters had a history of violence against women.

Franks went on to suggest that men “identify with the power that a gun, the impression of power that it gives them,” whereas women are more likely to support gun control and stay informed of statistics.

“One of the reasons why it’s hard to talk about mental illness and its relationship to gun violence,” she said, “is after the fact, when people say ‘oh, he seemed lonely’ or ‘he was spending all of his time in his room,’ people sort of armchair diagnose and they say, ‘well, he probably had a mental illness.’”

The real issue, she said, is “not stigmatizing people with mental illness,” because they are not more likely to carry out gun violence.

In an email to her fellow roundtable participants, Franks refuted other myths, too—that violence-ridden Chicago actually has the nation’s strictest gun control laws, for example. It doesn’t.

On the “good guy with a gun”

Half of Franks’ family is from Arkansas—where they enjoy hunting and are “big believers” in the Second Amendment. So while she understands people’s attachment to their guns, she said “like any attachment, it has to be subjected to the public welfare.”

Franks also contested the idea of a “good guy with a gun” protecting people from criminals. During their roundtable, Bob McClure, president of the James Madison Institute, said making the system stricter for law-abiding citizens was “arbitrary.” Franks said it’s anything but.

“In the vast majority of these terrible shootings we’ve seen, it wasn’t as though any of them were violent felons,” she said. “It was somebody who decided, on that day, he was not going to be a good guy with a gun.”

And even when there are good guys with guns, they face real danger themselves. 26-year-old security guard Jemel Roberson was killed by police after he worked to apprehend a shooter in an Illinois bar.

He was the textbook “good guy with a gun, doing his job… but we can maybe speculate a bit about why it is that the police officers didn’t see him that way.”

For Franks, and for all the influencers, the conversation continues beyond Florida Priorities. She teaches a seminar on Second Amendment Fundamentalism at the UM School of Law, where gun violence and self-defense feature heavily in her scholarship – as well as in her upcoming book, “The Cult of the Constitution.”