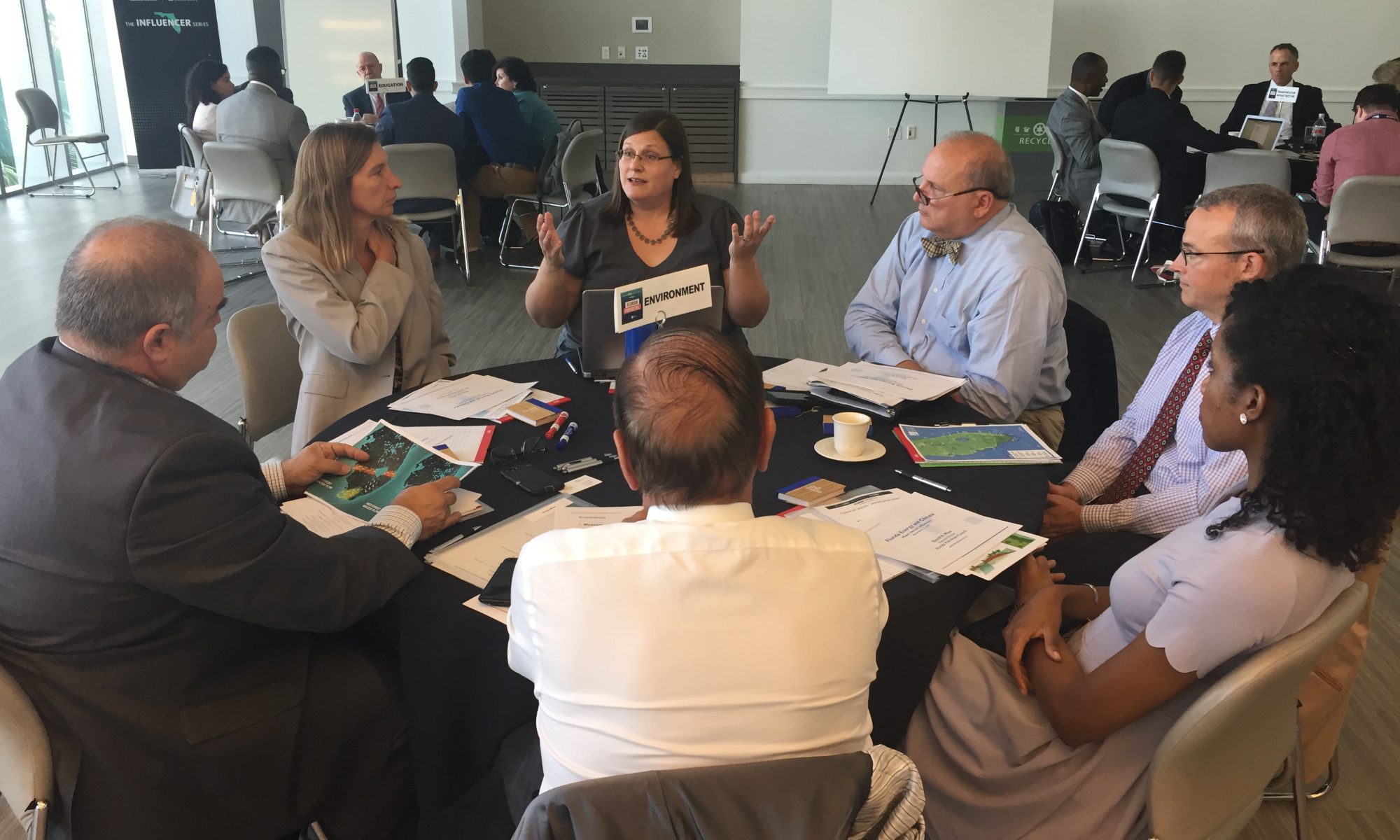 A host of Florida influencers, including three from  Florida International University, met at the University of Miami on Tuesday to discuss community-driven issues ranging from transportation to healthcare.

The two-day summit, hosted by the Miami Herald, el Nuevo Herald and the Bradenton Herald, is part of an ongoing project that has been driven by reader responses over the past few months, and features 50 state leaders from various disciplines ranging from education to healthcare to the arts.

The main priorities discussed in this year’s summit are education, the environment, health care, guns and infrastructure/transportation.

Of the six environmental panelists, two are FIU-affiliated: Tiffany Troxler, director of science at FIU’s Sea Level Solutions Center and Xavier Cortada, an FIU artist-in-residence who uses his art to raise awareness about sea-level rise.

Another Influencer with ties to  FIU, Chris Caines, executive director at FIU’s Miami Urban Future Initiative,  served as the chair for the infrastructure transport panel.

Student journalists across the state, including from FIU Student Media, were  invited to cover the event.

The two-day summit aims to conclude with recommendations on how Florida might solve key challenges facing the Sunshine State. The proposed solutions  will be shared with the newly elected state Legislature and the governor.

Day two of  the summit will include discussions of the midterm election results, the ongoing recount and next steps on the issues tackled by the Influencers.